Reece Wilson has lifted the title of the first Scot to stand upon the podium of a UCI Downhill World Cup mountain bike race – and he did it on home soil.

The race in Fort William is one of the iconic features of the World Cup calendar, featuring infamous sections that strike fear into the heart of even the best downhill rider, and many competitors got snapped up by the unforgiving track this weekend.

One man who tamed the beast was Reece Wilson, the happy-go-lucky 20 year-old from Innerleithen. Wilson stormed to the podium in Fort Bill yesterday, after a weekend of unpredictable weather.

The rain held off for race day, however, and he laid down a blistering time of 4:35.775 to put him into 4th, just over one second behind the winner of the second World Cup, Frenchman Amaury Pierron.

Speaking of the win on Instagram, Wilson said: Hardest caption of my life… Dreams became reality today @fortwilliammtbworld 🤯😍 so much to say and so many people to thank! getting my first World Cup podium in Scotland is surreal! I consider all you guys family today!! Thank you all so much for the love and support ❤️🙏🏼🙏🏼”.

He posted a brief Instagram story saying, “Thanks so much, everybody, for the love and support. I’m doing this is a video right now because I don’t really have time to type it – we have to pack up and head to Austria [for the next World Cup next weekend] tomorrow, so I am going to get back to you guys as soon as possible.

“Yeah, f*ck, overwhelmed, guys, thanks so much.” 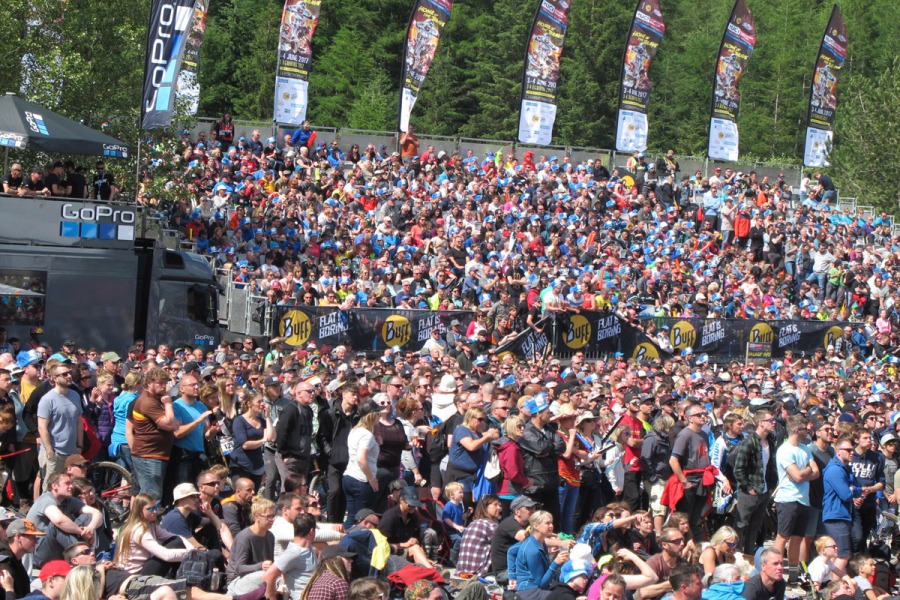 Elsewhere, drama unfolded in the women’s race, in which former world champion Rachel Atherton raced to 3rd place – after losing her chain and having a crash. What could have happened if she had not? In the end, fellow British rider Tanhee Seagrave took the top step, with Myriam Nicole coming 2nd.

Earlier this year, Fort William took home ‘Best Sporting Event’ at the Thistle Awards, and is one of the oldest venues on the UCI Downhill World Cup circuit.

The next race is in Leogang next weekend.

“It is worth ascending unexiting heights if for nothing else than to see the big ones from nearer their own level.” - Nan Shepherd